Listen to some short extracts about news related to the environment. Match each extract (1 – 6) with the best heading (A – H). ONE of the headings does not correspond to any of the extracts. The first extract is an example (D- More strict regulations). You can listen to the information twice.

Check your answers by submitting them through the Google Form below (click here to open in a new tab):

You can also read the annotated transcript, to help you clarify those answers you were not very sure about.

Last Friday 15th March it was Red Nose Day (RND) in the UK, this massive BBC telethon aimed at raising funds for the charity Comic Relief. (More about it here). 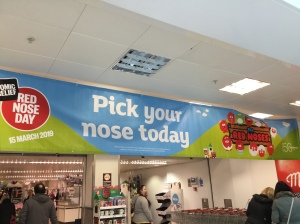 …and I was only too happy to oblige, by acquiring yet another red nose, and a ceramic travel mug.

So I felt terribly guilty when, first thing in the morning on RND, I woke up to this news:

There were also reactions on Twitter about the issue:

To make matters worse, RND fell on a Friday, coinciding with a Fridays for Future strike.

Anyway, I still sat down in the evening to watch the telethon live online. Needless to say, the spotlight of the evening was the sequel to Four Weddings and a Funeral, 25 years after its release. The cast includes most of the original actors and actresses, as well as Lily James and Alicia Vikander.

‘One Red Nose and a Wedding’:

Greenpeace and Iceland supermarkets were banned from showing their joint Christmas 2018 ad on British TV, for being deemed (=considered) ‘political’, and as such, not complying with advertising rules in the UK. Controversy ensued (=followed), with a petition to show it on TV even reaching more than 670,000 signatures. The ad, however, could eventually be shown on social media, attracting millions of views and worldwide support.

You can watch the ad below. The second version features onscreen subtitles.

The text has been written in rhymed poem form. The voice over is by Emma Thompson, in my view one of the best RP (received pronunciation, Standard British English) speaking voices in the English speaking world. Both her accent and intonation provide a great example to be imitated by students of English.

Given both the relevant message and the enchanting prosody of the ad, the following activity could be carried out: before watching the video, just show some screenshots from the ad, like the ones below: 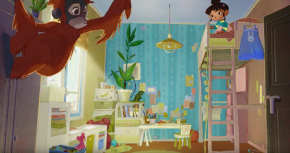 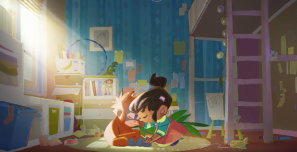 Then, hand out the worksheet below to students. Ask them to guess the missing word(s) in each gap in pairs. That way, their expectations about the message that the ad will be conveying will be activated before actually watching the ad. 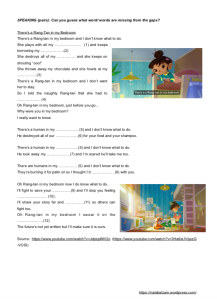 You can then play the original ad for students to check their answers against the original text. Which version do they like best?

You can finally ask them to pay attention and try to imitate the stress and rhythm of the poem, as well as the pronunciation of keywords and rhyming words.

Some primary schools in the UK worked alongside Greenpeace and created new versions of the poem of their own:

These are some British/Irish TV shows I’ve been watching lately which I thought might be worth recommending: https://natalialzam.wordpress.com/2020/02/09/british-tv-shows-ive-been-watching-lately/ #ESL 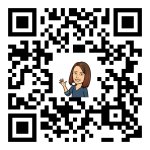