Listen to this extract from the news about Super Tuesday 2020, the day when a great number of US states have held primary elections. You can find the verb to endorse and the noun endorsement in the report. To endorse means to make a public statement of your approval or support for something or someone.

You can also pay attention to other interesting expressions:

INTRO: Voting is underway in the United States on Super Tuesday, the most significant day in the race to select a Democratic candidate to take on Donald Trump in November’s presidential election. Polls are taking place in 14 states, the results of which should give greater clarity as to who will win the Democratic nomination. The frontrunner remains the Vermont Senator, Bernie Sanders, but as our North America correspondent Nick Bryant reports, the former vice president, Joe Biden, has been given a boost by endorsements from former rivals.

POLITICIAN: It’s time to get Joe Biden, the next president of the United States of America, Joe Biden.

REPORTER: Super Tuesday is when the primary season goes nationwide, with contests from Maine to California, from Texas to Tennessee. The aim is for the candidates to amass delegates to back them. And a third of them are up for grabs today.

A lopsided victory in South Carolina over the weekend for Joe Biden has not just revived his campaign, but reset the race. His moderate rivals, Pete Buttigieg and Amy Klobuchar, have suspended their campaigns and endorsed his candidacy, largely in an attempt to stop Bernie Sanders from winning the presidential nomination.

If you want to see what a good example of what a film review looks like, you can have a look at this review of Marriage Story (2019) by Mark Kermode, a well-known British film critic. If you click on the images you will access ThingLink interactive images, which will help you understand the structure of the review,  and will provide further information on some of the vocabulary. You will also be able to listen to some voice comments. Please click on the images to access all the interactive features: 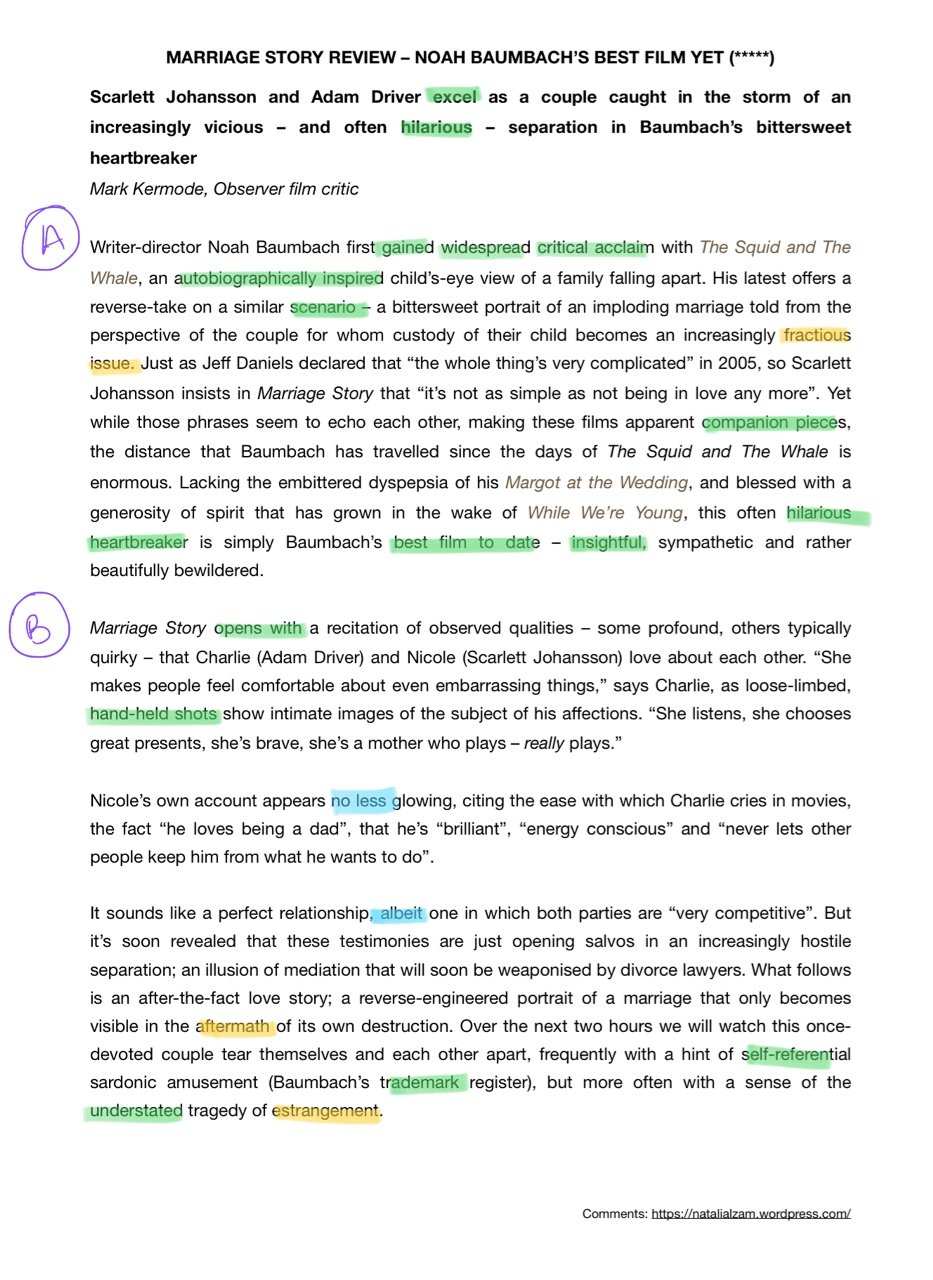 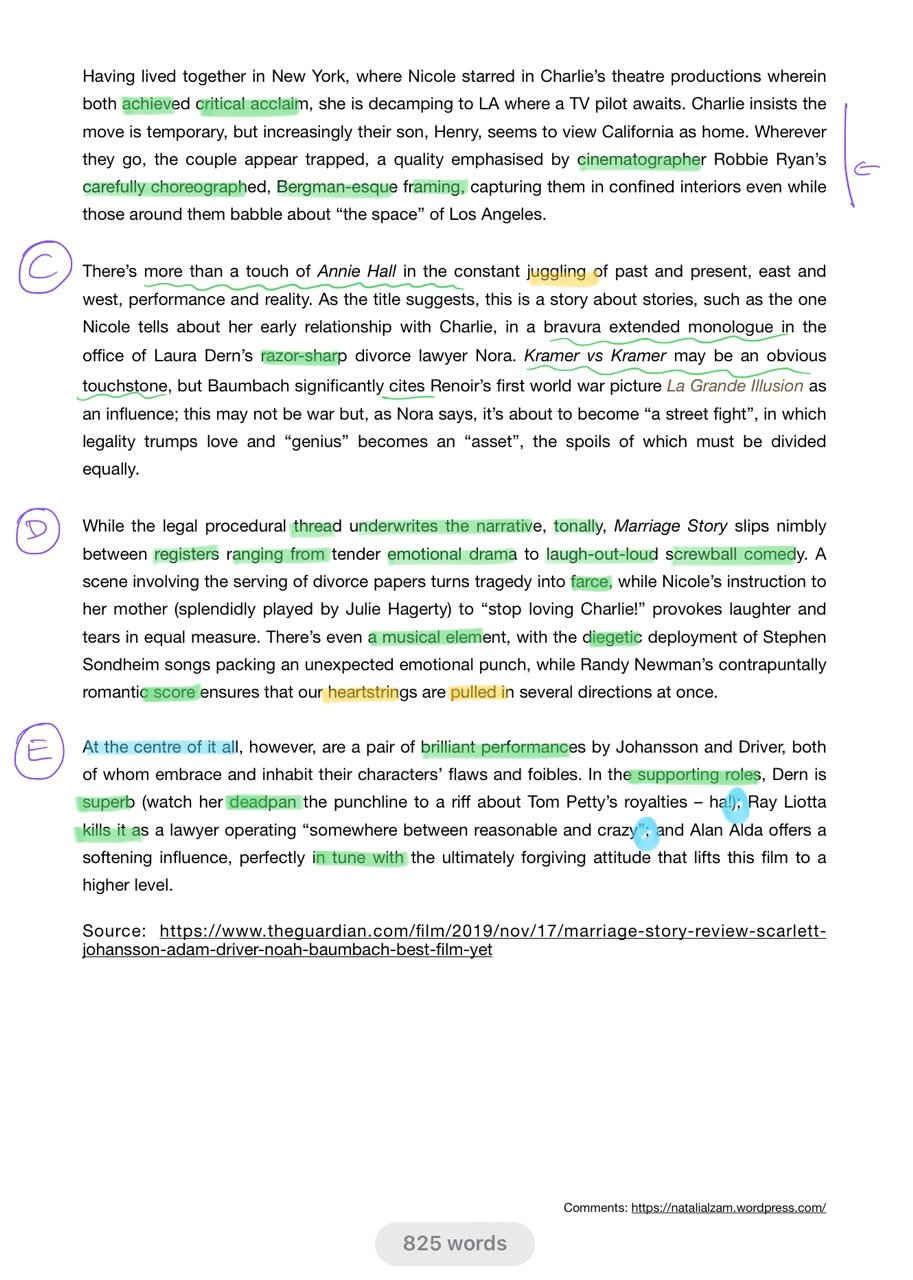 If you haven’t watched the film, the trailer can help you get a better idea of the main storyline:

If you want to keep up with the news, these may be useful sources of information:

To see the front pages of newspapers every day, you can visit these links:

You can also watch these news channels:

You can find below a collection of resources which can be used when dealing with Black Friday and consumerism:

How to differentiate deals from duds on Black Friday (B2):

The following TV shows and films deal with aspects of British and American politics, as well as general views on political systems. They can help you gain insight into the history and traditions of those countries, as well as increase your vocabulary on the subject.

One of the many subplots the film deals with involves the British Prime Minister:

Would you like to watch the sessions of the British Parliament live? Click here for BBC Parliament.

The King’s Speech (2010) [B2 and upwards, fairly clear British accents]

Years and Years (2019) [show set in Manchester, some Northern accents are noticeable]

V for Vendetta (2005) [B2 and upwards- international cast, but most of them use British English RP pronunciations, regardless of their original accents]

The phonemes /ʒ/, /ʃ/ and /dʒ/ can be tricky to identify and sometimes produce in certain contexts for Spanish speakers of English. The song One Vision by Queen can help students get acquainted with the differences in sounds.

One Vision (Queen) -You can do this interactive exercise: click here or on the screenshot below:

Alternatively, you can download the worksheet below. Start watching the video from 1’15”: